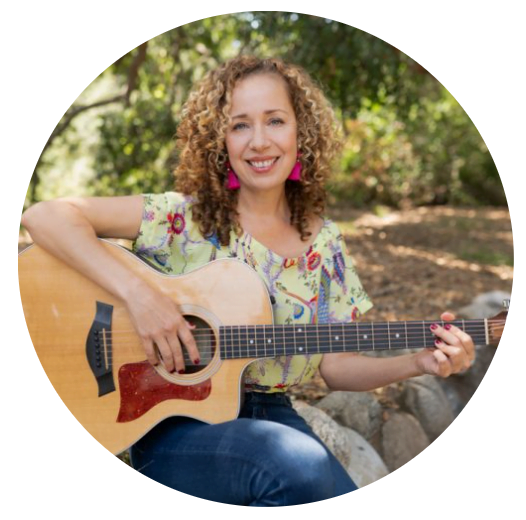 Ladybug Music® founder Patricia M. Maertens has a simple mission: marrying great music with a great education. An early-childhood music educator since 2004, Maertens started her Los Angeles-based business following a two-decade professional career as a singer, songwriter, and producer whose original material has been featured in films and on TV.

Her own education includes study at the prestigious Dick Grove School of Music and Musicians Institute.

As Ladybug’s creative force, Maertens seeks to synthesize the wide spectrum of styles and sounds she’s been exposed to throughout her life. Born in Hollywood, she grew up in the culturally mixed neighborhoods of South L.A. and Portuguese Bend; she also accompanied her El Salvadoran mother and German father on their extensive world travel.

“My goal with Ladybug is teaching kids foundational musical skills: the ability to keep a beat and match a pitch,” Maertens says. “But my dream is to inspire families to experience the great joy of exploring and discovering new music with their children.” 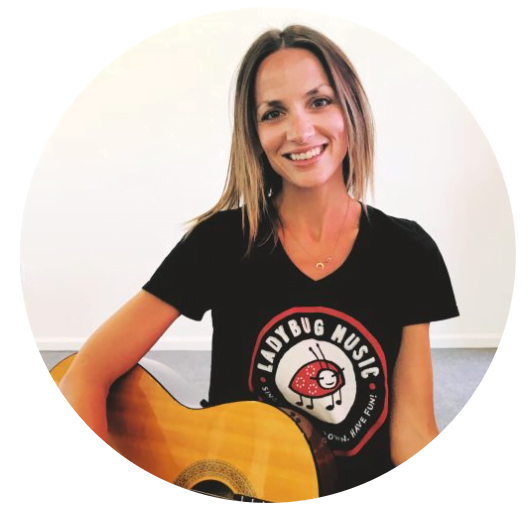 Originally from Fairfax, Virginia, she grew up singing and acting in local productions. Beth attended Ithaca College School of Music in New York, and graduated with a degree in voice performance. She lived and worked as an actor in New York City for four years.

With New York City as her home base, she has traveled all over the country singing and acting in musicals including West Side Story, Titanic, The Sound of Music, Evita, and dozens more. Most notably Beth played Evelyn Nesbit in the National Tour of the Broadway musical, RAGTIME. Beth met her husband on the road in RAGTIME, and the two moved to Los Angeles in 2006.

Since then she has performed the role of MOM to Tyler, Audrey, and Cole. Beth found Ladybug Music® when Tyler was just a baby and has been a huge Ladybug Music® fan ever since. 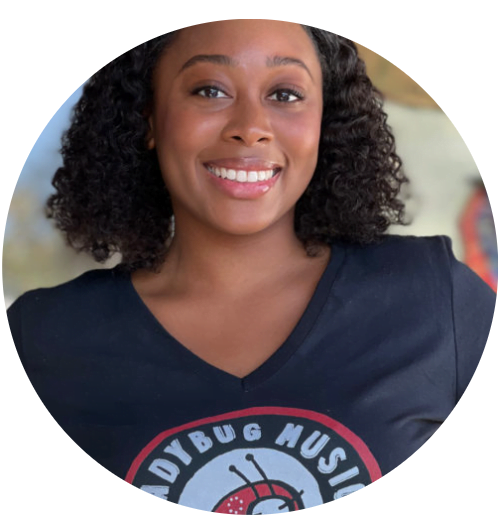 Cynthia was born and raised in Philadelphia, PA and began her musical journey at the age of 6 while performing in school productions. She later attended Philadelphia’s high school for Creative and Performing Arts where she majored in Vocal Performance.

Through school she travelled and performed with the All-City Concert Choir. While singing with the choir, she was given the opportunity to sing for President Barack Obama during his first term. She has sung as a soloist at The Kimmel Center and performed alongside Sting at the Academy of Music. She received her Bachelor of Fine Arts degree from The Hartt School of Music while majoring in Musical Theater. After college she performed as Princess Tiana from The Princess and the Frog at Walt Disney World. She is now living in Los Angeles and works as an actress in theater, film, and television. 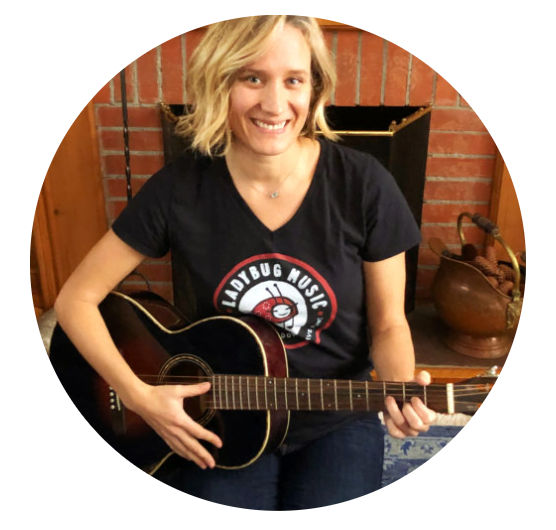 Ladybug Music® Band’s founder Patricia M. Maertens is professional singer, songwriter and producer whose original material has been featured in films and on TV. Her own education includes study at the prestigious Dick Grove School of Music and Musicians Institute.

As Ladybug’s creative force, Maertens seeks to synthesize the wide spectrum of styles and sounds she’s been exposed to throughout her life. Born in Hollywood, she grew up in the culturally mixed neighborhoods of South L.A. and Portuguese Bend; she also accompanied her Salvadoran mother and German father on their extensive world travels. Today her taste roams freely over the boundaries of genre and origin, from Billie Holiday to the Clash, Tinariwen to Rickie Lee Jones.

The Ladybug songbook—which spans six full-length CDs—reflects that variety. In addition to writing her own original songs for the Ladybug collections, Maertens spends much of her time researching and sourcing songs from all over the globe, be it a West Indian field recording or an Irish street chant. She composes on guitar and piano, taking special care to incorporate odd time signatures and unusual scales, then enlists her favorite musicians to play in the studio. The result is a curriculum with music that honors the intelligence of young children without alienating their parents. 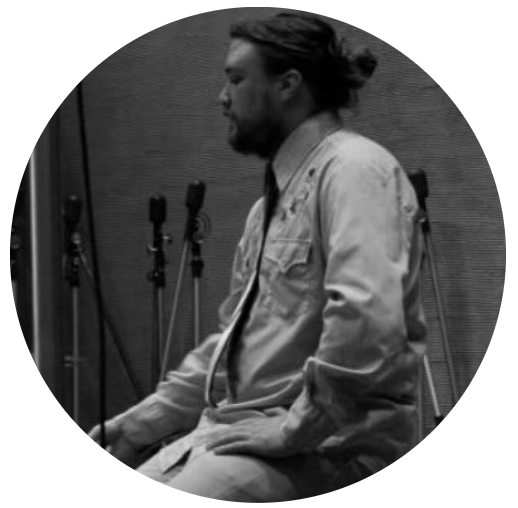 Bradley  Dujmovic was born and raised in Chicago, IL he began his studies of music at the age of 5, on the piano.  He holds a Bachelors degree in Music Theory and Composition with an emphasis in Recording Technology from Ball State University.  He moved to LA in 2002, where he began his professional career in music.

He was head engineer of Hancock Park Studios from 2004 to 2007 and formed the band Invitro in 2006. They signed to Gridiron records and spent two years touring the US with such acts as Korn, Evanesence, Sevendust. After Invitro disbanded in 2008, he started his own studio where he is a sound designer for many indie films including an award winning documentary, “American Harmony”. He also produces several SoCal indie bands and  is writing, producing and performing in his own original music project and has launched his indie label Ecleticore.

Check out his new tracks at http://eclecticore.bandcamp.com 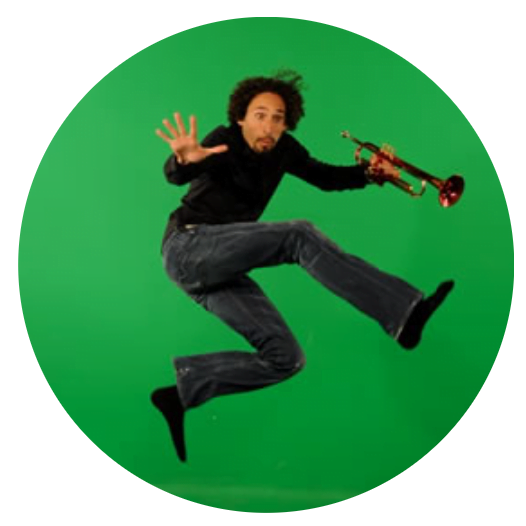 John Daversa’s compositions and improvisations mirror a musical philosophy that aims to stretch boundaries while maintaining a reverence for the jazz tradition.

The John Daversa Progressive Big Band was founded in 1996 and continues to perform regularly within the Los Angeles area. Over the past three years, the band has developed a following at the world famous Baked Potato, performing the last Sunday of every month. Composing and performing with the JD Progressive  Big Band is Daversa’s main creative outlet, but he also enjoys teaching, directing, and producing. He has served as musical director for Holiday On Ice and Renee Olstead, and produced albums for James Tormé, Peter Buck, and Phil Crosby, Jr. John is currently a faculty member at University of Southern California (USC) and California State University, Northridge (CSUN).

Read more about John at: www.johndaversa.com 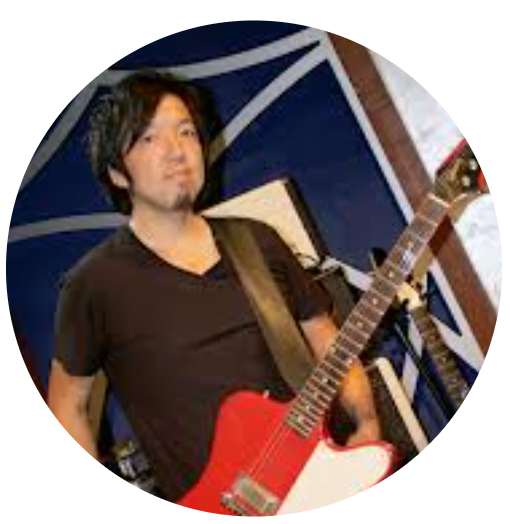 Toshi hails from the wonderful city of Tokyo, Japan but has been in Los Angeles since 1988. Coming from a musical family Toshi started playing classical violin and piano at a very young age but at 8 years old he found rock & roll, picked up a guitar and never looked back!

In 1988 he graduated from Musicians Institute and embarked on a very succesfull career as one of the LA’s top call studio musicians.

Currently he is an in-house band member of ABC’s “Jimmy Kimmel Live” and just finished his first CD.

You can read more about Toshi at: www.funkysoda.com 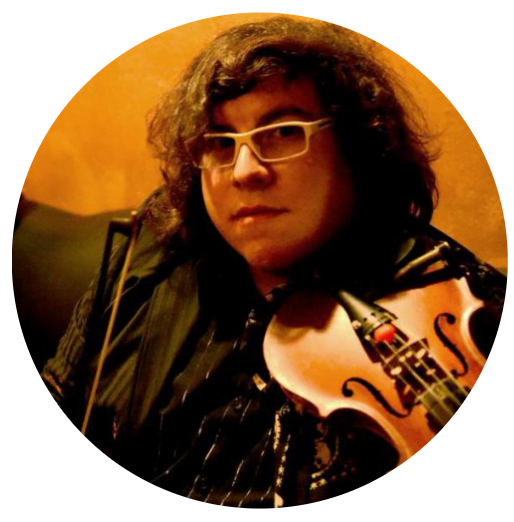 Born and raised in Bakersfield, California, Paul Cartwright grew up in a musical family. His parents, both musicians, owned a music store where Paul spent his childhood days. 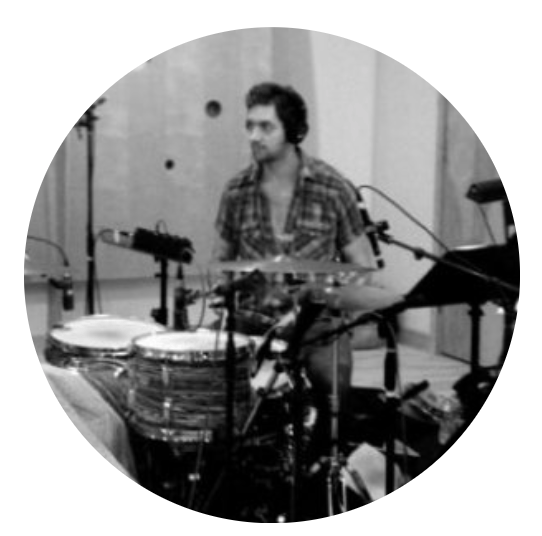 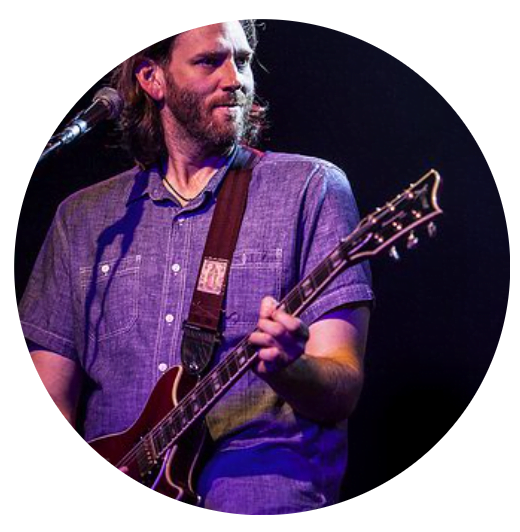 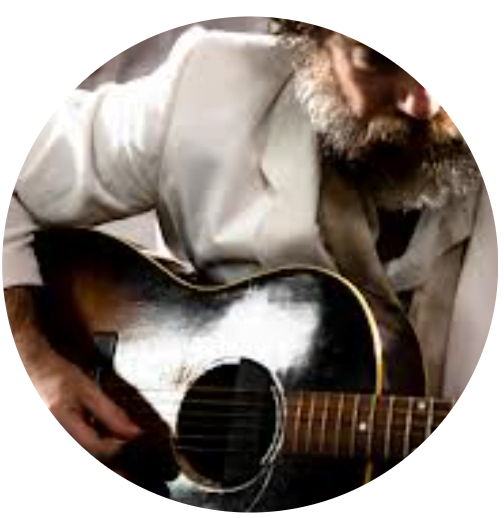 Jim Becker is a Chicago based musician, producer, and sound engineer who has played around town and around the world since the 1980s. Jim has worked recording and engineering his own music and that of numerous other musicians.

He has recorded and collaborated with a long list of rock, folk, experimental, and old time bands. Jim tours the US and Europe extensively, most recently with Califone and Iron and Wine.

Jim plays guitar, banjo, filddle, mandolin, and is known for his original improvisation and use of effects. He draws from a wide range of inspirations, from classic rock to Appalachian old time music which he has played, studied, and taught since 1993.

In addition to recording with bands, Jim has done a variety of soundtrack work, for both film and television. 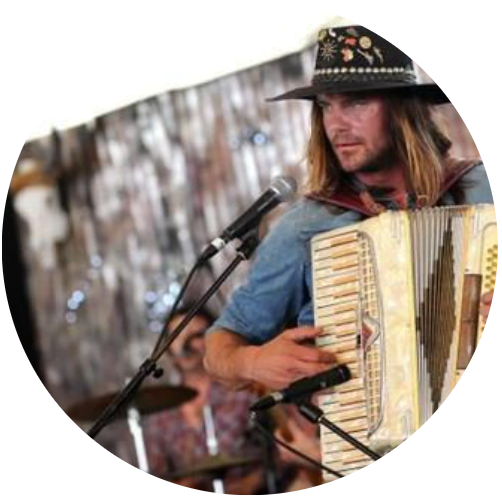 The band formed in late 2005 when members from Scrappy Hamilton and Old Pike, two simultaneously-performing Los Angeles acts, merged and began performing under their current moniker. The band gained national attention in 2009, when Black Crows frontman Chris Robinson signed the group to his Silver Arrow label and gave them the opening slot on his band’s tour that year. The band released their debut album (produced by Robinson) on May 25, 2010.

You have Successfully Subscribed!